Craft Breweries Are Owning Their Why

It’s Octoberfest in Michigan, which happens to have more craft breweries than 46 of the 50 States. You can’t throw a stone here without hitting a brewery. And it’s rare to see anyone picking up a Bud these days.

While overall beer consumption has been reported as down, the craft beer industry is booming. It has exceeded all growth expectations and proves it can hold its own against the beer giants like Anheuser-Busch and Miller-Coors - who, by the way, are trying to buy up as many small, craft breweries as they can to help keep themselves in the race.  With nearly 70,000 craft brewery employees across the U.S. the numbers have tripled over the last decade. Consumers might be drinking less, but they’re willing to pay 50 percent more for a beverage that stands out and has quality worth every extra cent. 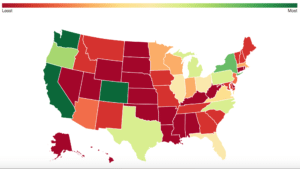 Each brewery tells their own story that stands out against others. Whether it be a better taste, unique or new flavors, or how they got their start it’s the reason people travel from store to store looking for their favorite craft brew or make weekend plans to road trip to their favorite breweries to explore a new atmosphere or flavor of the season. It’s why you see people wearing a t-shirt or hat from their brewery of choice - because they feel beer they drink says something about who they are as a person.

In this accelerated age, to stay relevant to your consumers, you must differentiate by showing your real value, which should be rooted in why it is you do what you do. I personally live for the Christmas season when a Michigan brewery, Rochester Mills releases their 12 Days of Christmas pack. The whole family gets involved in trying new flavors and choosing their favorites. And, isn’t that what a brand would hope for? Making consumers feel something and know the producer cares about the product they’re sending out.

Another favorite, not just with Michiganders, but across the U.S. is Founder’s Brewery. Founded in the mid-1990s, in the early 2000s, their business almost failed when their strategy was to follow the crowd and brew the same type of beer as everyone else. It wasn’t until they focused on why they were brewing to begin with that things took a turn. The owners decided to make beer they wanted to drink and created masterpieces that were like nothing else on the market. . In 2014, Founders announced a $35 million expansion to double the production capacity at its Grand Rapids, Michigan headquarters, giving them the capacity to produce 900,000 barrels per year and solidify Founders as one of the premier craft brewing companies in the country. You can see more of their inspiring story here.

The craft beer industry sets a great example of how organizations that follow their why can stand out and differentiate, even in the most crowded of markets.

Ready to drive your revenue growth by Owning Your Why? We can help let’s talk.

A Year in Review: Great year. Did we set ourselves up for failure?

Finding the Role of SEM in Your Business